Wednesday, May 1, 2013   10:42
Category: Media Comments Off on Spreadable Media April Round-Up
Spread This Share it Tweet it 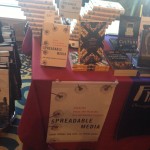 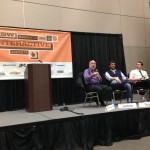 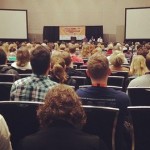 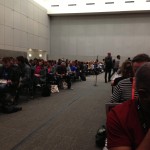 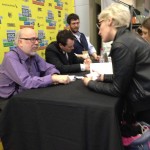 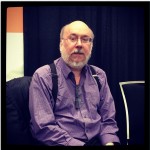 On February 13th, NYU Press held a launch party for Spreadable Media. Check out the photos below featuring authors Joshua Green, Sam Ford, and Henry Jenkins. Needless to say, we had a blast hosting them! 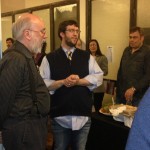 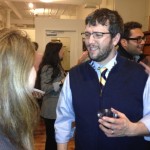 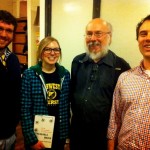 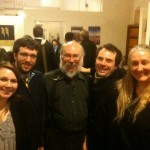 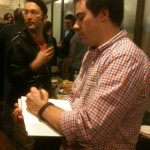 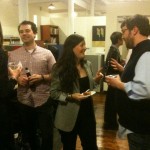 Category: Events, Media Comments Off on Spreadable Media launch party at NYU Press!
Spread This Share it Tweet it

Media Round-Up: Reviews and an Interview with Henry Jenkins

Wednesday, March 13, 2013   9:17
Category: Media Comments Off on Media Round-Up: Reviews and an Interview with Henry Jenkins
Spread This Share it Tweet it

In Marketing, People Are Not Numbers

[Note: This article originally appeared in the Harvard Business Review on 2/13/2013. Read it here.]

For marketers, there was much to like about the broadcast era. It was easy to pretend things were simple, even when they weren’t: general aggregate numbers and basic demographic data served were “close enough” for understanding audiences.

Now, though, media content is controlled as much by the audience as by traditional distributors. We find ourselves in the age of what my coauthors and I call spreadable media. Sharing articles, video, and other content is an everyday part of life for a significant portion of the population. “Close enough” really doesn’t work all that well anymore.

Still, corporate logics have tried to preserve the old models and to fit new phenomena into familiar management patterns. Here are three fundamental ways companies are trying to resist the nature of today’s media environment.

1. Transforming People into Data. As companies became their own online publishers, they used the logic of “stickiness” to maintain an impressions-based model for understanding audiences, defining success by visits, clicks, likes, time spent per page, and so on, and turning audiences into quantitative data that can be easily collected and compared.

Similarly, as companies monitor what people say outside corporate-owned platforms, they often convert conversation into stats. In Spreadable Media, we call this “hearing,” because it focuses primarily on recording what has been said. Companies have invested deeply in making sure they have collected most or all mentions of the company and that they have easy ways to convert that to “sentiment” and “share of voice.”

But most companies put little emphasis on “listening,” an active process focused on the context of what the audience is saying. As “Big Data” becomes the predominant buzzword across marketing disciplines, companies risk paying even less attention to deeply understanding the full context of the communities they are trying to reach.

2. Maintaining a Distance. How we talk about content makes it the active ingredient and audience members the passive carriers. “Going viral” insinuates some scientific phenomenon through which audiences have no choice but to spread certain content. “Meme” adopts the language of gene replication to describe how material spreads. It’s implied that you don’t need to “know” the audience members themselves but rather just track the resulting pandemic.

Some marketers do see audiences as socially connected networks rather than aggregate data but still have the impulse to find some other shortcut to actual, meaningful participation in those communities. One of the most popular concepts in marketing today is “the influencer,” a model which presumes that any community includes a few people who, if they get on board with an idea, will bring everyone else along for the ride. Once again, the company doesn’t have to actually participate in relationships with most of their audience — just the shepherds who everyone else follows mindlessly.

3. Making Them Come to You. A core myth has traditionally governed marketing: that the industry is solely focused on the art of persuasion, on trying to align audiences with whatever the corporation wants them to do. Marketers still see their calling much the same as they did in the broadcast era: to pump out one-way messages and get audiences to buy whatever the company is selling (figuratively and literally).

The era of spreadability provides a transformational opportunity: for marketing and communications to act as the listening ear of the company, and to help better align the company to address the wants and needs of its various constituencies. Often, the information, service and expertise companies provide customers are as important as products and services themselves. Marketing and communications will best serve an organization when they put their primary emphasis on serving its audiences.

Sam Ford is Director of Digital Strategy at Peppercomm and co-author, with Henry Jenkins and Joshua Green, of Spreadable Media: Creating Value and Meaning in a Networked Culture. Sam can be found on Twitter @Sam_Ford.

Category: Media Comments Off on In Marketing, People Are Not Numbers
Spread This Share it Tweet it

[Note: This article originally appeared in the Harvard Business Review on 2/26/2013. Read it here.]

If companies are individuals, they often seem to have dissociative identity disorder. For many organizations, each division, function and channel has its own personality. And, frequently, there are no core corporate values consistently reflected from communications across the enterprise, so that various departments have no common ground from which to work.

For most large organizations, the core of their corporate infrastructure was developed during the broadcast era. At a time when most media formats were distinct and channels of communication to various specialized audiences more direct, the company saw value in managing relations with each of its stakeholders largely in isolation.

In effect, this means many entities treat government relations, investor relations, and human resources as distinct departments aimed at a specialty audience with little coordination.

Meanwhile, the different parts of the organization understands customer in disparate ways: the sales team, the “.com” team, the customer service team, the marketing team, and the corporate communications team are all communicating with the customer, but inconsistently. Not without good reason. Each of these departments is organized by the training and professional standards of their discipline. For instance, customer service professionals are often assessed based on metrics of efficiency: how quickly can they get off the phone with each customer, and how many calls can they take in an hour? The sales team might be measured by the exact opposite metrics: how deeply can they engage a customer? And marketing and communications may be measured by numbers of impressions: what scale of customers can they reach?

As my co-authors and I write in Spreadable Media, this means that customers’ relationships with the companies they do business with can be quite complicated. For instance, a cable provider might call a customer once a month to promote the “triple play” package. But, when that customer encounters a service disruption and calls in, it may take 15 minutes to get through to someone.

In actuality, the customer service and sales teams report into different members of the C-Suite, work on campuses in different states, and may be run by leaders who barely know one another. But, as a customer, we often buy into the idea that corporations are individuals, and we expect their brands to behave as human beings would.

Even within marketing and communications, these disconnects are significant. Corporate communications, the “digital team,” and the various marketing/advertising divisions sometimes find themselves pitted against one another, vying to “own” various channels of communication. These internal turf wars are often mistaken as corporate greed for power but, in actuality, may determine whose team might expand and who might eventually have to let people go.

In the face of such infrastructural challenges, trying to implement new, qualitative efforts to build deeper relationships with customers, to listen more thoroughly to various stakeholders, and to act as an ombudsman on the customer’s behalf to better align the organization in service of its audiences can be daunting, and the continued reliance on traditional metrics understandable.

The solution lies in finding common-sense ways to disconnect the flow of communications solely from operating via the org chart. The more horizontal connections an organization creates, the more collaboration that can be created outside these silos. For this to work enterprise-wide, senior leadership must facilitate an environment which makes internal collaboration safe.

But this isn’t something that just happens at the enterprise level. Teams within the organization can also make this kind of change a priority without waiting for a “cure-all” approach from the top. I’ve seen many instances where communications and customer service, or marketing and sales departments, have streamlined longstanding disconnects, due to the commitment of both teams at all levels to foster a more sustained and integrated working relationship.

No matter what state internal collaboration is in at your organization, though, the urgency of this issue is clear. Companies that are truly connecting all their communications internally stand a better chance of seeing potential crises, flagging potential opportunities, and moving swiftly as the world around them changes. And those that don’t will continue to turn a blind eye as their brand equity slowly erodes, one seemingly insignificant inconsistency at a time.

Sam Ford is Director of Digital Strategy at Peppercomm and co-author, with Henry Jenkins and Joshua Green, of Spreadable Media: Creating Value and Meaning in a Networked Culture. Sam can be found on Twitter @Sam_Ford.

Spreadable Media to Hold Workshops at SCMS and SXSW

We are excited to announce that the Spreadable Media team—Henry Jenkins, Sam Ford, and Joshua Green—will be hosting workshops in the coming week at two upcoming conferences! Check them out here:

In the workshops, the authors will focus on core concepts from Spreadable Media, focusing on the whys of sharing rather than its hows to explain its widespread proliferation. Whether serving as academics or entrepreneurs, the attendees of these conferences are the prominent leaders, innovators, and shapers in the media industry, so the conversations in these workshops are sure to be a treat!
For more author events, visit the events page here.
Category: Media Comments Off on Spreadable Media to Hold Workshops at SCMS and SXSW
Spread This Share it Tweet it
← Older posts Newer posts →
Purchase
Spreadable Media Barnes and Noble Amazon NYU Press